With President-elect Joe Biden quickly filling out his Cabinet, fewer opportunities remain for him to make history by nominating the first openly LGBTQ person to a Cabinet-level role for Senate confirmation, which many see as a missed opportunity as Pete Buttigieg has rejected the idea of serving as director of White House Office of Management & Budget and secretary of Veterans Affairs, according to Democratic insiders.

Some LGBTQ leaders are quietly expressing frustration that the movement hasn’t pushed more aggressively for representation in Biden’s Cabinet, especially when Black and Latino advocates have been vocal and have had their efforts pay off with prominent appointments. As of now, none of Biden’s major appointees — Cabinet or otherwise — have been out members of the LGBTQ community.

Meanwhile, Buttigieg — widely assumed to be a top contender for a Cabinet post in the Biden administration — has reportedly turned down two prominent roles.

In talks with the Biden transition team, one Democratic insider said the idea of Buttigieg becoming White House OMB director came up, but he rejected it and said he wanted a “real Cabinet” position, not a “staff-level” job. Buttigieg wasn’t formally offered the role because the idea was more a discussion with senior members of the transition team, the insider said.

Additionally, Buttigieg in separate talks on Monday signaled to Annise Parker, CEO of the LGBTQ Victory Institute, that he won’t pursue the position of secretary of Veterans Affairs, according to two senior Democratic sources, despite media reports he was in consideration for the job.

Buttigieg didn’t respond to a request for comment, nor did his political action committee, Win the Era.

Biden has never explicitly made a promise to appoint an openly LGBTQ Cabinet member, notably declining to make that commitment when asked during the presidential campaign in an interview with the Philadelphia Gay News. In an interview last week with CNN, Biden generally recognized the importance of including marginalized communities in his administration, including LGBTQ people.

“Every advocacy group out there is pushing for more and more and more of what they want. That’s their job,” Biden said. “My job is to keep my commitment, to make the decisions. And when it’s all over, people will take a look and say, I promise you, you’ll see the most diverse Cabinet, representative of all folks, Asian-Americans, African-Americans, Latinos, LGBTQ, across the board.”

But if Biden declines to nominate an openly LGBTQ person to his Cabinet for Senate confirmation, he’ll miss an opportunity to make history and grant prominent visibility to a community that has a history of talented leaders being sidelined because of their sexual orientation or gender identity.

(It would also give Richard Grenell — who as acting director of national intelligence in the Trump administration became the first openly gay Cabinet member, even though he never won Senate confirmation — a reason to celebrate as Trump achieved a first for the LGBTQ community that Biden didn’t even attempt.)

Jamal Brown, a spokesperson for the Biden transition team, pointed out Biden has achieved many firsts for other communities in response to the simmering discontent over no LGBTQ appointees.

“President-elect Biden is working to build an administration that looks like America, starting with the first woman of South Asian descent and first Black woman to be Vice President-elect, as well as a slate of historic nominees and appointees, to date,” Brown said. “Over the coming weeks, our team will continue to build upon President-elect Biden’s legacy of advancing LGBTQ+ equality by shaping a government that reflects the breadth and diversity of our nation.”

Many observers thought Buttigieg, who made history as a gay presidential candidate in the Democratic primary, would be a shoo-in for a Cabinet role. After all, Buttigieg gave Biden a boost in the primary by dropping out after the South Carolina contest and endorsing his fellow moderate, then campaigned hard for Biden in the weeks leading up to the general election.

But finding the right role for Buttigieg — who’s talented, but lacks government experience other than serving as mayor of the small city of South Bend, Ind. — isn’t easy.

The multilingual Buttigieg emerged as a possible pick for U.S. ambassador to the United Nations, as many media outlets reported. It’s a not a Cabinet position, but is a prominent role and would have burnished Buttigieg’s foreign policy credentials for a subsequent run for public office.

But with Biden promising to conduct foreign policy with seasoned professionals, in contrast to the Trump administration’s reliance on dilettantes like Ivanka Trump and Jared Kushner, the job ended up going to Linda Thomas-Greenfield, who as a Foreign Service officer had multiple postings in the Caribbean, Africa, and Asia and served as assistant secretary of state for African Affairs in the Obama administration.

As noted, both the idea of director of OMB and secretary of VA have come up in talks with Buttigieg, but he rejected them, according to knowledgable sources. The nod for OMB ended up going to Neera Tanden, president of the Center for American Progress, although she may face a difficult Senate confirmation fight.

It should be noted the VA has a long history and reputation for institutional problems in delivering care to veterans. Anyone running the VA would face criticism for its inefficiencies and the job is widely considered more appropriate for an elder statesman as opposed to a young politician eager to make another run for office.

Parker, in a statement to the Washington Blade, pointed to Biden’s comments during his CNN interview as evidence LGBTQ people are still in play for major roles.

“There is no reason to believe he will backtrack,” Parker said. “We understand some are getting anxious about presidential appointments, but there is no question the transition team knows our community expects an out LGBTQ Cabinet appointee. We have great relationships with the transition team and are in constant communication. There are still many appointments to be made and a strength of our applicants is that many represent multiple communities.”

Parker also touted the Presidential Appointments Project, which seeks to place qualified LGBTQ people in federal government, in response to an inquiry on efforts undertaken by the LGBTQ Victory Institute to get an out LGBTQ person in the Cabinet.

“Our Presidential Appointments Initiative is unique in that our efforts do not end in the next few weeks after the most high-profile appointments are made,” Parker said. “We are putting in place an infrastructure that will allow us to secure high-level appointments now, but also to work with the administration for the next four years in ensuring LGBTQ people are appointed in every agency and at every level.”

Parker had no comment on the Blade’s inquiry about the exchange she reportedly had on Monday with Buttigieg about the VA role, nor the OMB position.

Another member of the LGBTQ community widely speculated to be a possible addition to the Biden administration is Pennsylvania Secretary of Health Rachel Levine, the highest-level openly transgender public official in the United States. The LGBTQ Victory Institute had speculated she could be a choice for U.S. surgeon general.

But when the Biden team announced its choices for senior health officials on Sunday, the role of surgeon general went to Vivek Murthy, who served as surgeon general during the Obama administration.

No openly transgender person has ever been confirmed by the U.S. Senate, which would have made Levine’s confirmation a tall order in a chamber with a 50-50 split or Republican control depending on the outcome of the upcoming Georgia run-off in January.

Levine has also been a lightning rod in conservative circles over health restrictions in Pennsylvania amid the coronavirus pandemic, but that’s likely just an expression of animosity toward Levine for being transgender, for which she has also faced bigoted attacks.

Nate Wardle, a Levine spokesperson, told the Blade before the announcement on surgeon general his boss was focused on her current job and didn’t respond to an additional request for comment this week.

“Dr. Levine is dedicated to her work within the administration of Gov. Tom Wolf, and is laser-focused on the ongoing challenge of protecting Pennsylvanians from COVID-19,” Wardle said.

Meanwhile, other underrepresented groups have been more vocal about pushing for a Cabinet member from their communities — and more successful in getting results. After the Congressional Hispanic Caucus protested the absence of Latinos among Biden’s picks, the president-elect on Sunday named California Attorney General Xavier Becerra as secretary of Health and Human Services.

In surprise news late Monday, media outlets reported Biden’s choice of defense secretary would be retired Gen. Lloyd Austin, the former commander of U.S. Central Command, who would be the first Black person to lead the Pentagon.

The news shattered widely held expectations the job would go to Michele Flournoy, who was considered the favorite for the position and would have been the first woman defense secretary. The NAACP had been strongly pushing Biden to include a Black person, including the possibility of former Massachusetts Gov. Deval Patrick as U.S. attorney general, after Biden’s initial Cabinet choices were all white.

Following up on that news, the Associated Press reported late Tuesday Rep. Marcia Fudge (D-Ohio), a former chair of the Congressional Black Caucus, was Biden’s pick for secretary of housing and urban development.

Lucas Acosta, a spokesperson for the Human Rights Campaign, said he expects Biden to integrate LGBTQ people fully in his administration when asked about the LGBTQ group’s efforts compared to the efforts of Black and Latino advocates.

“Joe Biden is committed to putting forward a Cabinet that reflects the diversity of our nation, both with gender, sexual orientation, race and background, and we are confident that he will make good on that commitment,” Acosta said. “He has already made the commitment in aspects of race, and we look forward to working with him and his Cabinet to affect the policy changes that LGBTQ people need.”

Things might be changing in terms of ramping up calls for an openly LGBTQ Cabinet member. On Tuesday, the congressional LGBTQ Equality Caucus made public a letter to the Biden transition team making the case for prominent LGBTQ appointees in his administration.

“While your administration is on track to be the most diverse in American history, we ask that you continue your commitment to diversity by ensuring LGBTQ+ professionals are included in your Cabinet and throughout your administration,” the letter says. “The fact is that the LGBTQ+ community remains underrepresented at the highest levels of our government.”

One name that has emerged for a yet unassigned position is Massachusetts Attorney General Maura Healey, the first out lesbian elected as attorney general. Healey’s name has come up as possibility for Biden’s U.S. attorney general, although she might be considered a long shot amid other heavy hitters like Sally Yates, Merrick Garland and Sen. Doug Jones (D-Ala).

Biden has signaled he’d name his choice for attorney general on Friday. Giving the nod to Healey would be a surprise, but not out of step with other surprise choices for an administration that has made big promises for change. A spokesperson for Healy’s political action committee didn’t respond to a request for comment.

CORRECTION: This article has been corrected to note Pete Buttigieg dropped out of the Democratic primary after the South Carolina contest. The article has also been updated to clarify the quotes on the OMB position are attributed to Buttigieg. 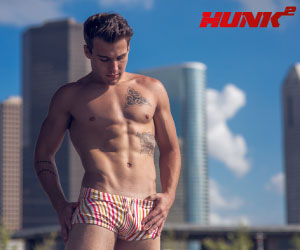 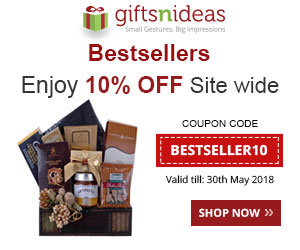